Coo Palace Through The Round Window

Located on the coast of South West Scotland in a stunning position overlooking Wigtown Bay and the Solway Firth, Corseyard Farm and Model Dairy or ‘The Coo Palace’ as it is more commonly known, was built in the early 1900’s by wealthy Manchester Merchant James Brown who retired to the area in 1895.

Set in around 8 acres this iconic landmark fell into disrepair after Brown’s death in 1920 and was given a Grade A-listing by Historic Scotland in 1991.

So it was with a strict brief to preserve as much of Coo Palace’s character as possible, that A J & D Chapelhow (Cliburn) Ltd were entrusted with the job of creating the wooden windows and doors in traditional style for the main buildings and tower.

Read The Coo Palace Story in our News Section 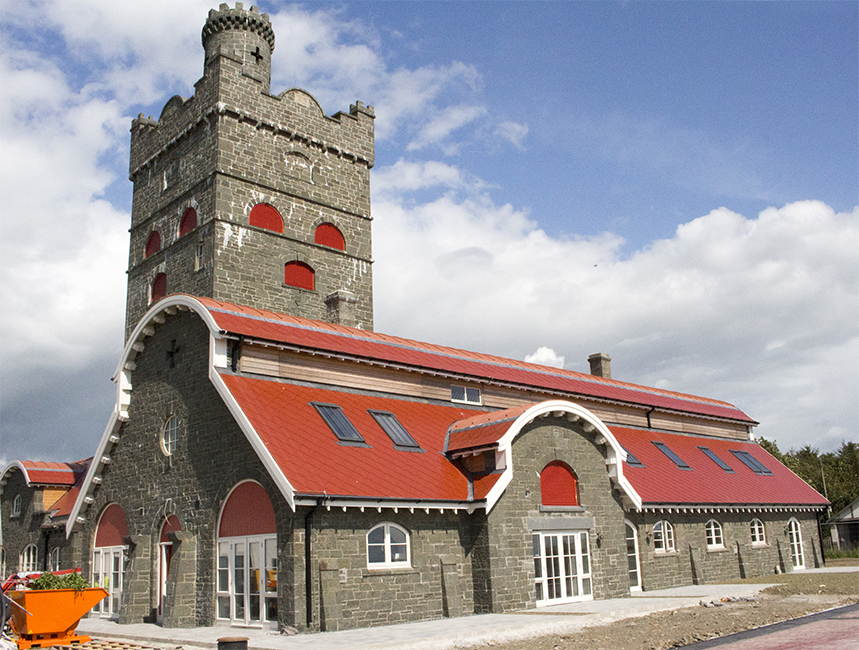 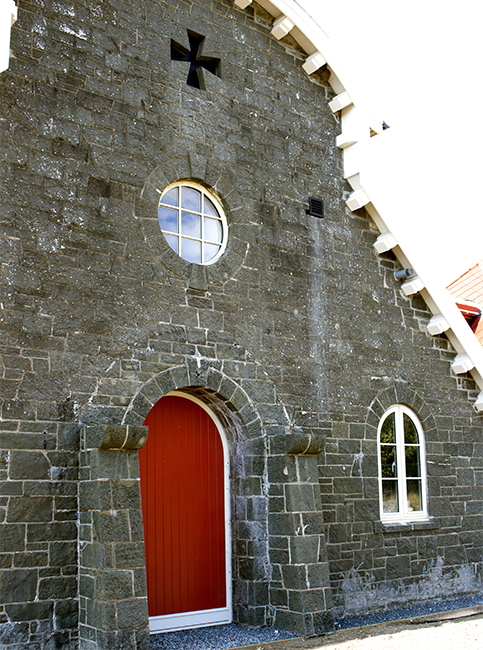 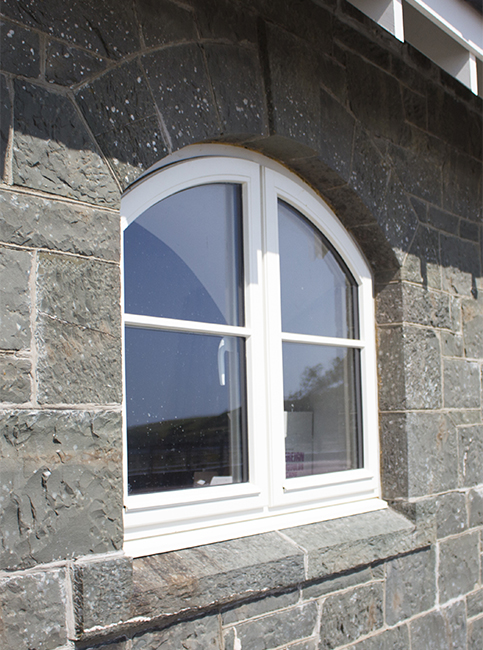 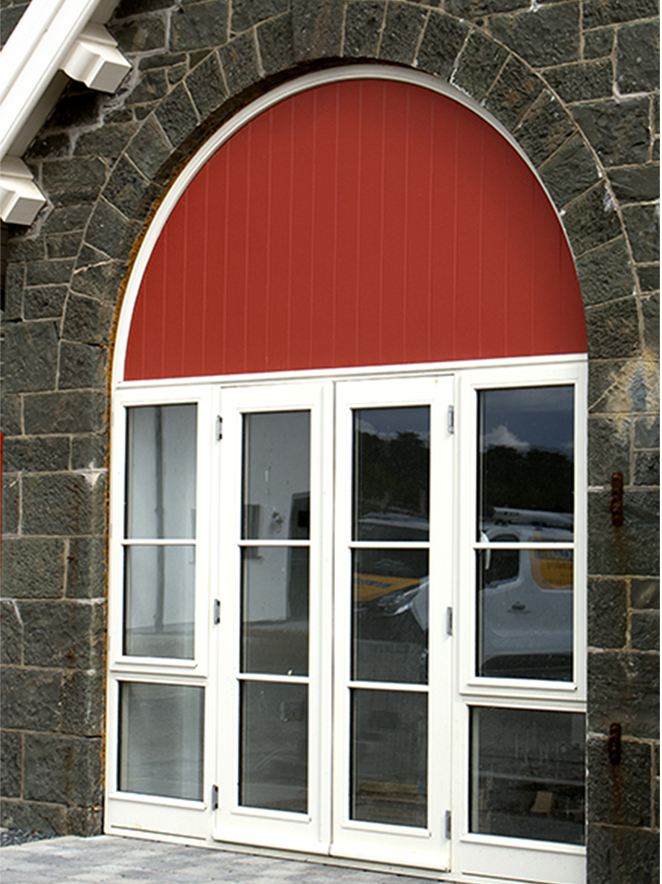 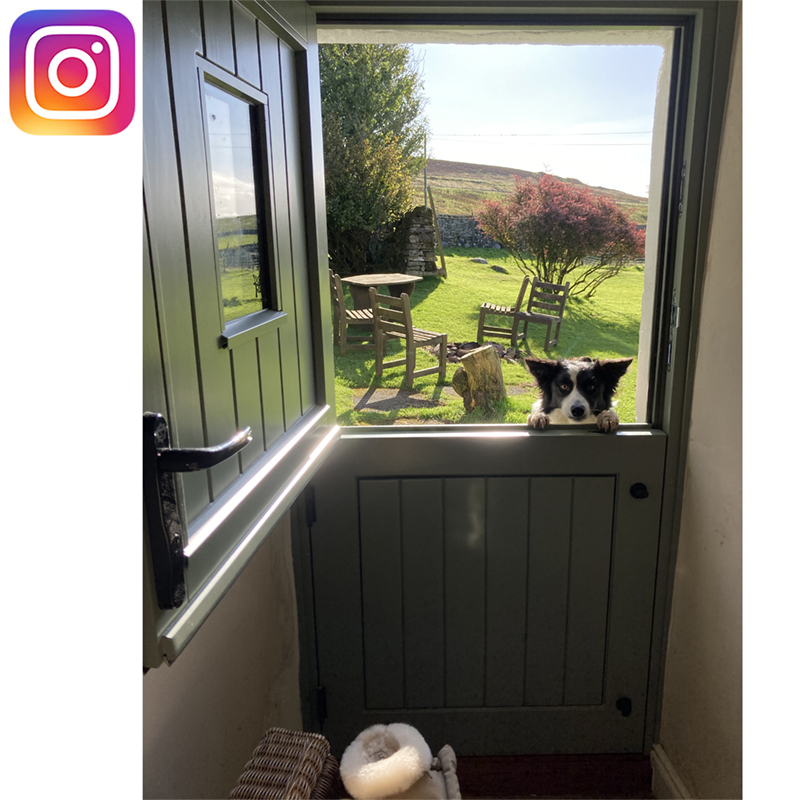 Chapelhow Ltd have been great to deal with from the initial quote stage right through to fitting, I wish I had used you for my front door!

Many thanks & kind regards,

Great to deal with

Just a quick note to say thanks, we are very happy with the door and could you pass on our thanks to the guys for fitting, all done with with  no mess and a very professional job. We will definitely be looking to yourselves when we are ready to replace our windows.
Thanks, Paul
04032022

A huge thank you for being so fabulous to deal with both in the office and the men who came to fit the doors and windows – which are utterly perfect!

We are delighted with the doors and Windows and the help and patience you had throughout the planning The installation team were amazing you have a lovely family business with radiating a positive and happy atmosphere Thank you for everything .

Very many thanks, the door and windows look brilliant. Please thank the workshop and fitters who did a fantastic job.

We’ve had great feedback off all the trades and people coming in to have a look at the windows. They’re such good quality, we’re really happy with them…..especially the front door which is amazing.

Thank you for arranging the prompt response to my request for remedial action. This was most appreciated as was the effective, efficient way in which the problem was resolved

Door first supplied by us 30 years ago

I appreciate your time on all of this. You have made my life very easy with great customer service

We are delighted with your work so very happy to have a Fensa assessor round!
Best wishes, Daphne

Delighted with your work

I’m so pleased to finally get the windows fitted. They made a great job of them.

Pencil me in to have the dining room one done, maybe next Spring

I have been very pleased with all my dealings with your business and have been delighted with the level of service and the quality of your product. Please thank Andrew and the rest of the team for me. Please let me know if a new client ever requires a reference, I am very happy to support you.

Very happy to give a reference

Please pass on my thanks to Phil and Kevin for coming round yesterday to sort out an issue with the window. Huge thanks for great service

I would like to put on record my thanks for the efficient manner you carried out the works at Ullswater Community College. Your compliance with agreed delivery dates, flexibility on site, consideration of health and safety issues, and finally completion on programme was creditable.
The success of this contract is also attributable to your fitting team. They were fine ambassadors to your company.

“We would like to say how pleased we are with our new windows and appreciate the excellent way in which the work was carried out. We are particularly impressed by the clean and neat finished result, especially given that the week of fitting was a very wet and windy one! We shall have no hesitation in recommending your company.”
Many thanks once again.

I had to write to say how delighted we are with our new sunroom. We simply cannot believe the difference the patio door has made.
It opens up the whole room revealing our fantastic view of the Pennines, all we need now is the weather so that we can get out walking on them!

The quality of the product shows in the finishing overall look of the scheme. Thank you to your team throughout for this improvement to our property. “Mr Alan Chapelhow and his men were true professionals, courteous and helpful throughout the project, causing the minimum of disruption to staff and tenants. – Pat, Ian and Residents, Binfold Court.

I would just like to reiterate my comments about the team who were here last week to fit our windows and doors.They all worked really hard and the resulting work was excellent.
Our house is now complete; all windows and doors with the exception of one small indoor window are the result of the work done by your company, it all looks very good & we would recommend you.

Love my new windows. Thank you all so much.

The windows and doors are great and I have thoroughly enjoyed working with you all, and I’m hugely grateful for your patience over the last 3 years or so. I will have no hesitation in recommending you if the opportunity comes along.

We would just like to thank the whole team for their time and effort with our windows and doors. We really appreciate the speed you manufactured them for us, to help us be ready for my husband’s 60th birthday party. We are perfectionists, so the fitters were exceptionally patient with us, but we really do feel you all went above and beyond. It has made a huge difference to our flagging spirits on… END_OF_DOCUMENT_TOKEN_TO_BE_REPLACED